Peter Thiel who started PayPal with Elon Musk when no one even imagined online transaction on eBay. This is how he built a monopoly in a business.

We all know today, Paypal is the finest International online Transaction tool.

He made the Forbes 400 list last year. We can conclude that we are taking advice from a person who masters the monopoly and written his experiences and learnings in his book
“Zero to one”. 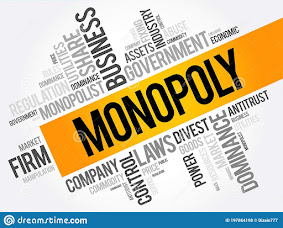 What not to do in Business/startup?

It is easier to make an addition to their idea and make something new. If you are copying these guys then you are not learning from them.
The author denotes copying Business ideas as 1 to N. If we copy others or come up with just little changes then it only increases competitors or cutthroat competition in the market.
For any new startup or Business, it is impossible to enter the market due to a lot of competition and a low percentage of success rate.

What to do in a Business/Startup and its thinking?

In a world of scarce resources, globalization without new technology is unsustainable.
Today our challenge is to both imagine and create new technologies that can make the 21st century more peaceful and prosperous than the 20th.
A startup is not a very old concept because the dot-com boom came in early 2000.
The startup must be designed to make some change in the world. A new company’s most important strength is new thinking.
The book is about the questions you must ask and answer to succeed in the business of doing new things. That’s what a startup has to do. The most important thing is to make a change with new innovations.
A startup must have to observe the smallest things and analyze the smallest idea to make itself the best startup.
The author denotes it as going from 0 to 1, it is harder to imagine because it requires doing something nobody else has ever done.
All happy companies are different which are adding value to the lives of the people. They did something different or 10x bigger from others.

1. A monopoly business has control over the price. While others are fighting price wars.
2. High price is expected because a monopoly business always tries to give a premium product/service. It destroys small businesses but it also focuses on the continuous growth of its sector. Therefore, it is beneficial for the common people.
For example- If JIO didn’t enter the market then other companies will keep charging high prices for the internet.
In that case, the Internet will be treated as a luxury but today the internet is treated as a necessity.

Twitter went public in 2013 and its market capitalization was 12 times more than the market capitalization of the New York Times which is the most premium newspaper of that time.
Initially, As Twitter was a new startup so it is facing losses but the cash flow of Twitter was more than the New York Times who is still profitable.
Investors expect Twitter will be able to capture monopoly profits over the next decade, while newspapers’ monopoly days are over. It also proves that losses don’t matter but the business model matters. The author said that

The value of a business today is the sum of all the money it will make in the future.

It is similar to the situation that an upgraded technology can monopolize itself in the market anytime even after facing losses.

How to grow a Monopoly?

Proprietary technology is the most substantive advantage a company can have because it makes your product difficult or impossible to replicate.
As a good rule of thumb, proprietary technology must be at least 10 times better than its closest substitute in some important dimension to lead to a real monopolistic advantage.
The clearest way to make a 10x improvement is to invent something completely new.
The best examples of 10x improvement are-

Networking these days is a weapon by which any small Business/Startup can grow very easily if their product/service is worthy.
The movie “The Social Network” based on the story of Facebook is a big motivation to see the power of Networking.
If all your friends are on Facebook, it makes sense for you to join Facebook, too. Unilaterally choosing a different social network would only make you an eccentric.

No business gets success in the initial stage but it gets bigger and stronger, Economies of scale simply means that when we produce a lot of units of a product then the fixed cost incurred on it gets reduced.

Software startups can  especially enjoy economies of scale because the marginal cost of producing another copy of the product is close to zero.

A company should be identified by its Brand. Creating a brand is very important to create a monopoly. A business hires people for brand management.
What is the first thing that comes to your mind when I talk about toothpaste?
Obviously Colgate
Similarly, When I talk about the best laptops for office use then no brand can beat the Macbooks of Apple.
This is how branding works. The image of a product in the minds of the people.
Strategies to Build a Monopoly in Business
1.Start small and monopolize
Every startup/Business is small at the start. It is important for a business/startup to understand that it should start with a very small market. The reason is simple- It’s is easier to dominate a small market than a large one.
Facebook started with just Harvard students—Mark Zuckerberg’s first product was designed to get all his classmates signed up, not to attract all people of Earth.
It is easier to expand for a business if it already created a monopoly in a small market.
It is ideal for a new startup to establish itself in a market where there are only a few or no competitors.
Microsoft always discusses how to beat Macbooks– By this statement, I want to convey that even a successful company like Microsoft have cutthroat competition.
So, it is a ground reality that a Business should start small and focus a particular audience first.
2.Scaling Up
Once you create and dominate a niche market, then you should gradually expand into related and slightly broader markets.
This is the moment when you should start thinking about expansion which most people try in the early stages of a business and resulted in a failure.
The best example for Scaling up is Amazon- Jeff Bezos’s founding vision was to dominate all of online retail, but he very deliberately started with books. Amazon continued to add categories gradually until it had become the world’s general store.
3.Do not Disrupt
Disruption means how a firm can use new technology to introduce a low-end product at low prices, improve the product over time, and eventually overtake even the premium products offered by incumbent companies using older technology.
For example- Mobile phones are replacing PCs these days.