If you want to be a good leader, the best skill you can gain is to influence others by your behaviour and attitude. It is a myth that a good leader must have big achievements and they have a lot of knowledge. For a person, it is very important to understand the importance of influencing others.

A technically sound person can not do each and every task on its own. So, it is good to realize that we need to influence others to achieve our desired targeted goals. These are the 5 principles that will help you gain social skills-

1.) Give people what they want the most

Everyone desires to be ‘important’ and feel ‘appreciated’ among people. You will influence people by giving them importance and appreciation.

Importance and appreciation are the things that a person needs the most to get motivated.

There are so many people who will criticize but there are only a few people who appreciate your efforts and give feedback for improvement.

You can’t force anyone to do work. Give them the reason that how that work is beneficial for them as well.

The author gave his example when he conducted a meeting in a hotel and sent an invitation to all the members. The hotel manager increased the price of the hotel by 3 times due to the increasing demand.

In this situation, others will definitely argue with the hotel manager but the argument is of no use due to increasing demand for the hotel at that time.

The author gave the list of benefits to the hotel manager. He mentioned that the meeting consists of rich people. This will definitely advertise the hotel among the rich society and people will definitely like to revisit the hotel for other meetings. As a result, the manager needs to spend less money on marketing and advertisement for the hotel.

Finally, the manager agreed on 1.5 times the previous price of the hotel.

The conclusion is that give people ‘The reason’ why they should do a particular work instead of forcing them to do that work.

You can’t even make friends and influence people until you yourself are not interested in them. So be genuinely interested in other people’s interests. This will help you like them more.

But the fact is you have to know about others and give them suggestions and guidance to influence them. You have to be a good listener and engage in their comfort zone.

One of the reasons why dogs are good friends of humans because they care about us and don’t want anything in return.

The best quote of Dale Carnegie is-

4.) keep smiling and make an aura of positivity

We tend to be more connected to those people who have a smiling face, jolly nature, or a funny personality. People like to spend time with those people who keep them happy. This will boost the morale of others as well. As a result, they will be influenced by you and start liking you.

It is not compulsory to be a funny person and don’t try to do so for no reason, this may have a bad impact as well.

You can also make people happy with your jolly nature and a cute smile. 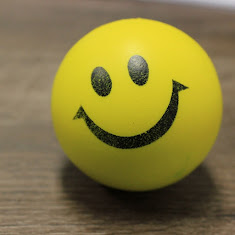 5.)Use the name of the person you are talking to

Make sure to take their names correctly. People hate when someone pronounces or writes their name wrong.

1 thought on “How to influence people’s mind?”