Angela Lee resigned from her job as a maths teacher to study what makes a person most successful?

As the high performers in her class are not the students who score good marks. She became a psychologist to study the behavior of students and adults in every situation.

After all these studies, the one characteristic that emerged as a significant predictor of Success is not social intelligence, physical appearance, and IQ.

The best predictor of success is the “GRIT factor”.

What is GRIT factor?

GRIT is passion and perseverance for very long-term goals. It is the stamina not for a week, not for a month but for years, and work very hard to make that future reality. GRIT is living life like a Marathon and not like a Sprint.

Talent doesn’t make us Gritty. There are so many talented individuals who do not follow through on their commitments.

GRIT is not related/inversely related to the measure of talent. 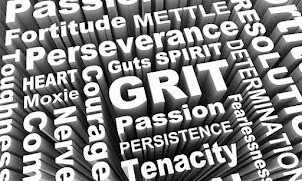 Some ideas to grow GRIT are-

The ability to learn is not fixed. It can be changed with your efforts. We are stuck with a system that bounds us every time. To change the system there is a need to change the mindset of the people.

People underestimate themselves by the fact that their brain is not that competent as compare to others but they didn’t know that only a positive change towards their passion will make an intent in their mind.

The difference between a positive mindset and a negative mindset is “Intent”.
One such example is Elon Musk who learned Rocket Science just by reading books and started the first private spacecraft company. This may change the perception that rocket science can only be done with a degree.

No one can even imagine a tea seller as the most successful and revolutionary Prime minister of India.

Break the boundaries that constraint you to focus only on studying facts that are not even related to your passion. Don’t follow the same routine as others, set goals according to your passion. Now let’s talk about passion and its obsession-

People feel inferior when they compare themselves with other talented peoples. They believed that we never achieve a particular milestone that talented people achieved in their life. Talent people have a limited time, with that, they can’t do so many commitments.
Once they also started from zero and with continuous passion and perseverance, they made themselves Successful.

The author also said that we have to count efforts as 2 and talent and skills as 1. These things are well researched so don’t make excuses to yourself and start putting efforts into long-term success.

There must be an approach that “Whatever it takes I want to Improve.”

The American most successful Olympian(28 medals), Michael Phelps. He is known as the most decorated Olympian in the world. He declared earlier that he will break the world record and won all 8 gold medals in swimming in the Olympics. For that, he practiced 12 hours a day. He even practiced with his broken arm. This is the power of passion and perseverance. He converted his efforts into skills and then skills into achievements. 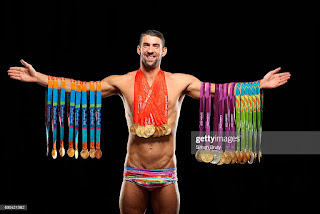 There is always to purpose to do some work. If you do something just to kill your time then it will not become your grit. Some wasteful things may motivate you in short term but they will not motivate you in achieving long-term goals.
The purpose must add value to the life of others, the purpose must not be limited to yourself.
Let’s take the same example of Michael Phelps, He suffered from ADD( Attention Deficit Disorder) which causes a lack of focus. But he overcomes that with the help of swimming. Therefore, he used his $1 million from Speedo to set up the Michael Phelps Foundation. His foundation focuses on growing the importance of swimming with focus. It also promotes the value of planning and goal setting.
Ultimately, his intent is to make more successful athletes like him. At least this small step will motivate thousands of people to do swimming.
People with a rich mindset are not only aware of self-goals but also focus on making more people like them.

4.Failure is an Option

Elon musk rightly said that “Failure is an Option” because failure is not a permanent thing. The most important thing is the lesson you learned from your past mistakes.
Elon musk mindset is Goals must remain the same, just change the way to do it.
He learned rocket science himself just by reading books. He is the real application that efforts will lead to skills and achievements. Even though, he failed many times. He almost became bankrupt but he learned lessons from every mistake and finally, he is among the most powerful and richest persons in the world. 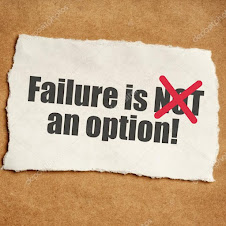 Becoming GRITTIER is a life skill that can be developed by practicing it. Being talented is not in our hands but being Grittier is the key to get success.

1 thought on “What is the most important thing for success?-GRIT FACTOR”